Max Verstappen says he feels the skills he has developed in simulation racing will come in handy when he gets behind the wheel of a Formula 1 car.

Max Verstappen is one F1 driver who enjoys participating in simulation races in his off-time, and recently rejoined the virtual 24 Hours of Le Mans.

Max Verstappen, who suggested he would never return to the event after being forced to withdraw due to connectivity issues, still competes regularly in sim races as part of Team Redline.

Max Verstappen believes participating in various categories of motorsport online will have a positive effect when he returns to action.

“The main thing is that we are racing non-F1 cars on any simulator platform,” Verstappen told the Washington Post.

“Every car wants something different – steering input, throttle, driving line – so you have to adapt and change your driving style.”

“We are constantly learning and adapting what we need to do with each car to go as fast as possible.”

“At the end of the day, it will be useful when I return to Formula 1 because all this experience is in the back of my mind.”

“Sometimes I’m not completely satisfied with the set-up of the F1 car, but I can use all the different experiences I have in the simulator.”

“That’s exactly what I’m trying to achieve,” Verstappen said when it was pointed out that this made him a “more balanced racer”.

Still, Verstappen admits there are big differences between sim racing and F1.

“I really miss G-Force,” the Red Bull driver said of the adaptation from real-world F1 to simulation.

“In a real race, it’s important to feel a lot of things through the steering wheel. But I have to say that the simulator has become very accurate. Now it’s 98% against the real race car. It can be said that the accuracy of

Max Verstappen believes it will be difficult to go the other way from sim racing to real racing.

“I still think it’s a pretty big step for people who only grew up on simulators to go straight to real racing,” added Verstappen.

“But we’ve seen it happen so far and nothing is impossible.”

“Another important difference is that the real race requires a certain physicality. You need fitness and a lot of training. In the simulator you can go really fast even without it.” 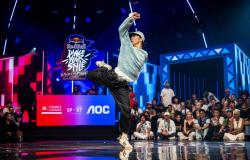